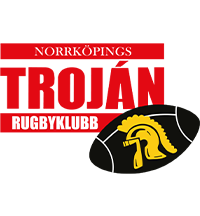 We have two teams playing in the League system this year, Exiles A and Exiles B.

Saturdays, 11 am at Skarpnäck, on rugby field, 7´S training

Rugby 7´s will be played on the following dates

5th of June, in Enköping

12th of June, in Norrköping

3-4 of July, finals in Enköping

15-a-side rugby will start in August.

There are 4 teams playing in this years rugby allsvenska, Exiles, Enköping, Hammarby and Trojan.

Pingvin and Gothenburg will not play this year, due to Covid 10.

There will be 9 games over 10 weeks, which is a very tough schedule.

We are not allowed any supporters at the moment.

The  game will not be streamed, but we hope to get a streaming solution later on in the season.

Exiles Senior Men's players meeting this Saturday in the Skarpnäck Kitchen. Whether you played a lot or only a few games, whether you were injured or have taken a season off - come down and hear what the club is planning and see how you can get involved .

Exiles men play in their 19th final i a row !

In 2001 Exiles men qualified to play in the Swedish rugby final, it was one game, away in Vänersborg, and Exiles were outplayed by a very good home team. At one point Vänersborg were down to 13 men, Exiles were not even close to scoring !

Exiles are not there yet, one year at a time, and the team are preparing for the 2019 final.

The team is more or less at full strength and play the first leg out of two games on Saturday, 2 pm, in Trelleborg.

Exiles beat Pingvin 23-10 and now go into the play offs as the highest ranked team.

Exiles-Pingvin games are always entertaining and the last game was no different.

The general feeling amongst the large crowd was that this game was one of the better games played in Sweden, for a very long time.

There were nearly 35 Sweden qualified players who played for either teams, but, as usual no selectors or coaches from the National team were present.

Round and about in Europe

Seven titles in a row, 15 since Exiles was founded