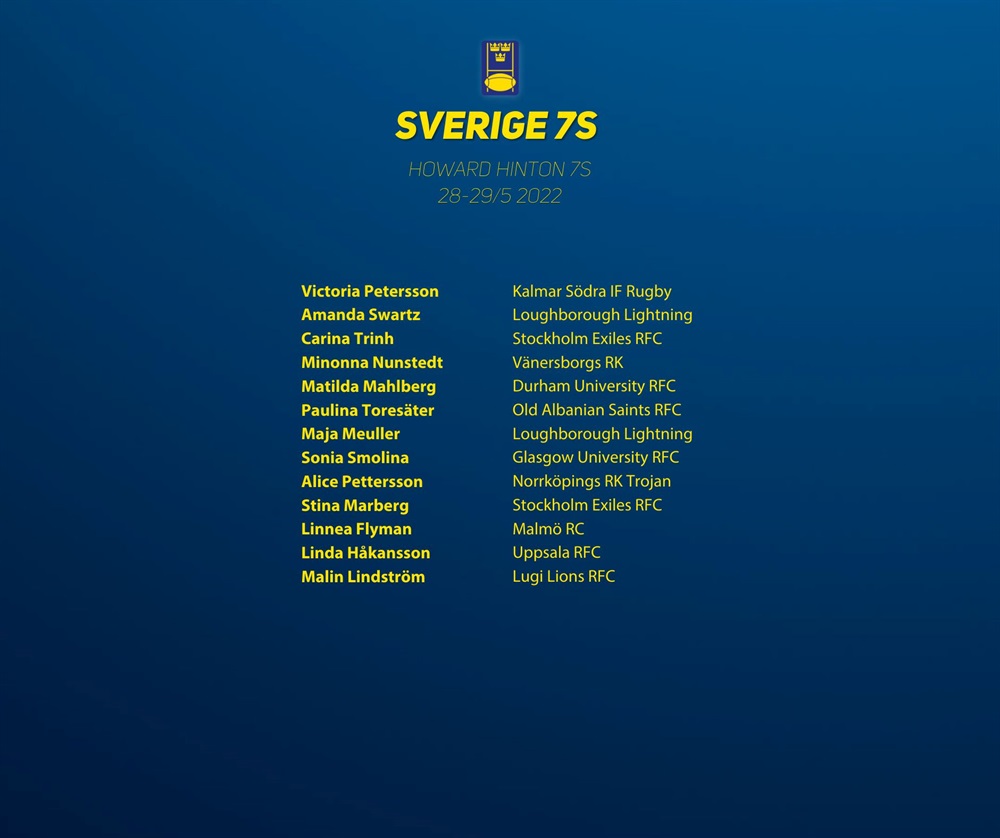 The Swedish Women's 7s team is off to France and the Howard Hinton 7s Tournament this weekend as part of their preparation ahead of the Euros later this summer. They'll face top level French teams in this weekend's tournament.

Two Exiles - Carina and Stina - feature in the squad heading to Tours. We wish them and the rest of the team the best of luck!

Exiles in action with the national team

Exiles Ladies start 2022 with a victory

Season 2022 finally kicks off in Södertälje